Not so long ago, all that was known about journalism and news reporting in Zimbabwe and the world at large was the traditional newspaper, radio, and television. To think that the mobile phone which all started as just a medium for texting and calling, and later for taking videos and pictures for personal use would one day rise to chart a new path in journalism was out of this world.

Background to MoJo in Zimbabwe

In Africa, and Zimbabwe, in particular, the adoption of the smartphone was lagging and so was its eventual use as a critical tool in the access, production, and dissemination of news. For example, whereas the first smartphone – Simon Personal Communicator – was released in 1992 by IBM  in America (Chantel, 2020), in Zimbabwe it was only manufactured and adopted some 17 years later in 2009 (Econet Wireless Zimbabwe, 2022). In late 2010 however, a new form of internet journalism started taking shape in Zimbabwe but it was not until 2013 when the use of the mobile phone in news reporting began to be taken seriously, especially aided by apps like Story Maker. This use of the mobile smartphone gave rise in Zimbabwe, as much as elsewhere; to a new form of journalism called mobile journalism (MoJo).

The proliferation of MoJo in Zimbabwe

Mobile journalism (MoJo) has of late been on the increase in Zimbabwe and such organizations like the Mobile Community Zimbabwe (MCZ), Center for Innovation and Technology (CITE-ZW), and Internews among others have taken it upon themselves to roll out training calls on MoJo that are targeting journalists from media houses across the country as well as college students studying towards journalism.

The Konrad Adenauer Stiftung (KAS, 2022) defines MoJo as “a form of digital storytelling where the primary device used for creating and editing images, audio and video is a smartphone”.

The German agency goes on to elaborate that “photos, video, audio, and graphics can be created and edited on the phone and uploaded to newsroom servers, and online and social platforms directly from the device” and that “journalists who own or have access to a smartphone can develop skills like video journalism, radio journalism, podcasting, photography without having to buy high-cost equipment” (KAS, 2022).

The proliferation of MoJo in Zimbabwe has raised a lot of questions about good practice, benefits, and constraints of this form of journalism.

In an interview, Zimbabwe-based National University of Science and Technology (NUST) journalism and media studies lecturer who is also the CITE-ZW and Internews MoJo lead digital trainer, Bhekizulu Tshuma said that MoJo was a new but revolutionary way of storytelling spurred by the rise of new technologies.

“Mobile journalism is a new trend in the practice of journalism due to the use and growth of digital technologies such as the internet and mobile phones. Essentially, this has enabled journalists to receive and share information using mobile phones. The gathering, processing, and dissemination of information are done on a mobile gadget,” said Tshuma.

Tshuma further highlighted that although MoJo had its challenges, he recommended it as best practice saying it brought more benefits than challenges to the world of news production, access, and dissemination.

“Regarding good practice, I would say MoJo is more of an extension of traditional journalism. It makes journalism competitive because it has allowed active communicators to share information. On the other hand, because anyone with a mobile phone can practice MoJo, there are instances of ethical concerns and issues of fake news because of limited gatekeeping that is the hallmark of traditional journalism as we know it,” Tshuma said.

Moving on, journalists who practice MoJo in Zimbabwe have also recommended it as being beneficial in many ways unprecedented.

CITE-ZW reporter Senzeni Ncube for example had this to say about MoJo in an interview: “Mobile device journalism has enabled me to do multimedia stories with good pictures, audio and video as well. This creates content for different social media platforms such as Facebook, Twitter, WhatsApp, Tiktok, and Instagram. Having multimedia stories also attracts multiple audiences hence growth as a journalist. I can now edit both video and audio using my mobile phone”.

MoJo has a future in Zimbabwe

Ncube however also further pointed out that from her experience, although MoJo was highly beneficial, it had a lot of constraints that ranged from costs to bullying by journalists with high-end equipment.

“Mostly the challenge I have faced has to do with internet data as data is expensive in Zimbabwe and for me to send a video consumes a lot of data. The other challenge has to do with conflict with other media houses/camera persons when on the ground. Usually, the camera person/newsroom photographers still want to dominate the spaces with their big equipment, so for me to get a space with my mobile device is always a challenge as even the source will be giving attention to photographers/videographers with big equipment,” Ncube said.

“Alpha Media Holdings (AMH) the Zimbabwean Company that owns the Zimbabwe Independent, The Standard, and Newsday publications have been using portable electronic devices to gather, edit and distribute news from across the country. Mobile phone journalism has been part of AMH’s digital transformation as we move towards our digital-first strategy, where we constantly supply our digital assets with the latest news to promote day two journalism. We also distribute a product we call MobiNews and we disseminate news to our WhatsApp group with smartphones and our journalists use smartphones to follow social media sites monitoring trending stories and following them up,” said Mugadzaweta.

As with challenges, Mugadzaweta said: “the agency of a reporter rushing to ‚publish it first‘, end up rushing to break without verification”.

With the continuous increase in digital subscriptions, Mojo has a future in Zimbabwe. 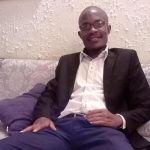 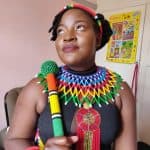 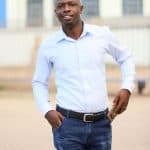 is a young Zimbabwean (Kalanga by tribe) blogger and Geographer-Explorer-Historian-Journalist who is a first year student currently studying towards a PhD in Communication and Media at the Institute of Journalism and Communication Studies (IJCS) at the Charles University, Czech Republic. His PhD research topic is: The discursive constructions of Africa in African films: A reception analysis of Nollywood and SouthAfrican films among audiences in Zimbabwe.
» English language content » Mobile journalism in Zimbabwe: good practice,...